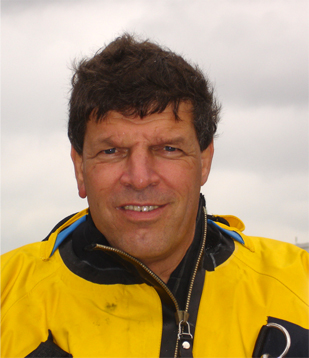 In 2001 I started collecting maritime related news and started sending this around by
e-mail
Since I was born, my whole life I was interested in the maritime world, since I was a young boy I wanted to go sailing, it started with taking pictures of ships when i was a young boy when living in a flat building in Maassluis, from which apartment I could see the ships passing, due to this I decided when I was 16 years old to start a seaman career and joined in 1975 my first ship, the SMIT LONDON which just was delivered by the builders, De Merwede shipyard and at the photo seen moored at the Parkkade in Rotterdam during her trails. In continuation on the Smit London I sailed on several Oceans going tugs of Smit going through the several ranks, from messboy to Able seaman, in 1979 I decided to go to the maritime high school in Flushing to study for my master ticket, after obtaining the several tickets I returned again to the Ocean going tugs and after several trips as 2nd mate and ch.mate I was promoted to Captain with Smit International Ocean Towage and Salvage company.

Have worked for many years for Smit, and was also involved in many (salvage) projects, one of the large projects was the “Ganaveh project” I was pullmaster in the team, this project was executed in Iran in 1986 in which the 750 ton pull barge pulled oil pipes with lengths up to 21 km from the beach via the bottom pull method into the sea, afterwards loading terminals/buoy were installed, this work was executed in bad circumstances because at this time Iran was at war with Iraq and Ganaveh was just off the Iraqi border due to this our workside / premises were regularly attacked / bombed (up to 2-3 times a day) by the Iraqi air force. In 1990 I decided to start working from out of the Smit Singapore office, and commenced sailing permanently in the Far East, served as Captain in Singapore and other Far East waters at all kind of units of Smit Singapore, work barges, tugs and suppliers, with which I was involved in many (salvage) projects,

In Singapore waters at that time the casualties were that time still done at the “Westerschelde Style” with as heavy opposition the tugs of SELCO what later became SEMCO, these years were the best of my life, had a lot of fun, I met in Singapore Elizabeth, which became my wife several years later, due to several circumstances I returned in 1999 back to the SMIT Rotterdam office where I continued with the execution of projects, so I was part of the team of the 2nd Beneluxtunnel project, as well of the Thomassen Tunnel (Caland canal), the Salvage of the Kursk, wreck removal of the Twin Star which sank after a collision just outside the port of Callao in Peru, the salvage of the Umfolozi, a container vessel which sank in the port of Walvis Bay (Namibia) after a collision with a dredger an many more (salvage) projects, one of the most memorable projects were the 2 pipe pull projects in Dahej in India the first attempt was early 2003, but due to lack of proper preparations onshore this pull did not went well and was abandoned after several weeks of trying, after returning in 2004 the work was completed successfully, this work was executed in currents up to 7 knots and a tidal range of up to 9 mtrs at springtide between low and high water, at low water the beach was about 1 km wide slicks and with high water no beach at all. 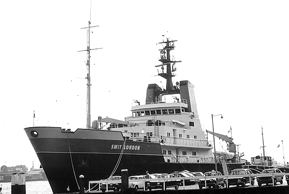 At the Parkkade in Rotterdam 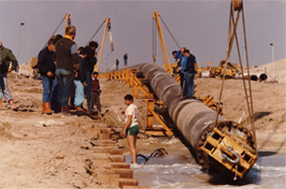 The Ganaveh project in Iran 1986 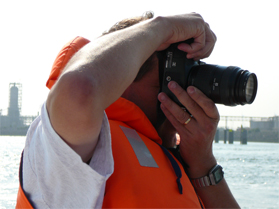 In 2001 I started collecting maritime related news and started sending this around by e-mail to some friends, but slowly more and more people did see this and requested to be added to the distribution list, after some time I realized that around the world still a lot of people have interests in maritime information, in the meantime my distribution list became 49000 e-mail addresses daily as per April 2022 and this figure is rising every day, I know from several readers that they are distributing it again, some people up to 70 copies daily, also the clippings are send to many ships, on which the crew the news clippings see as their daily news about shipping, I am receiving regularly e-mails of crew members, companies and readers on shore in which they express their appreciation, due to this I have decided to expand the service with this website.

All news clippings made since 2001 can be found at this website, and can be searched by using search engine, just type a ships name or something else you remember and the search engine is looking for you for the subject or photo, browsing through hundreds of news clippings made over the years. Due to this you are able to search through 2,5 GB on maritime information including a lot of ship photo’s over the last 8 years, also the latest new clippings will be added daily at the website and can be viewed the same day as a real newspaper, so allowing you to read this at the time you like, automatic this edition will move to the archive when the daily edition is added again. The (free) subscribing-news@maasmondmaritime.com procedure to receive automatically the (free) shipping news clippings in your mailbox follow the instructions at the website, after answering some questions and filling out your e-mail address and submission, you will receive an e-mail as confirmation which you have to reply to confirm your request and you will be added automatically to the distribution list and you will receive the news clippings daily in your mailbox.

You can find out more about which cookies we are using or switch them off in settings.

This website uses cookies so that we can provide you with the best user experience possible. Cookie information is stored in your browser and performs functions such as recognising you when you return to our website and helping our team to understand which sections of the website you find most interesting and useful.

Strictly Necessary Cookie should be enabled at all times so that we can save your preferences for cookie settings.

If you disable this cookie, we will not be able to save your preferences. This means that every time you visit this website you will need to enable or disable cookies again.